Doing just one thing while in the Gulf is impossible. 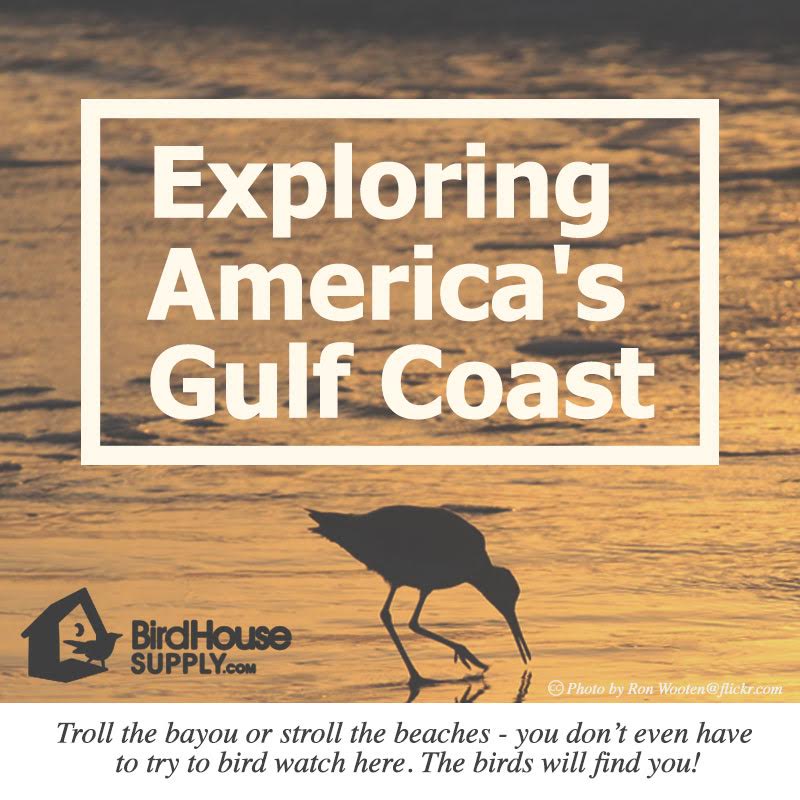 You will walk in the paths of history while banding birds at Fort Morgan, admire the grandeur of antebellum mansions as you smile at the elegant egrets, and enjoy day boat seafood with the languid Brown Pelicans. Troll the bayou or stroll the beaches – you don’t even have to try to bird watch here. The birds will find you!

The American Gulf coast stretches from the western edge of sunny Florida to the stunning shores of eastern Texas. 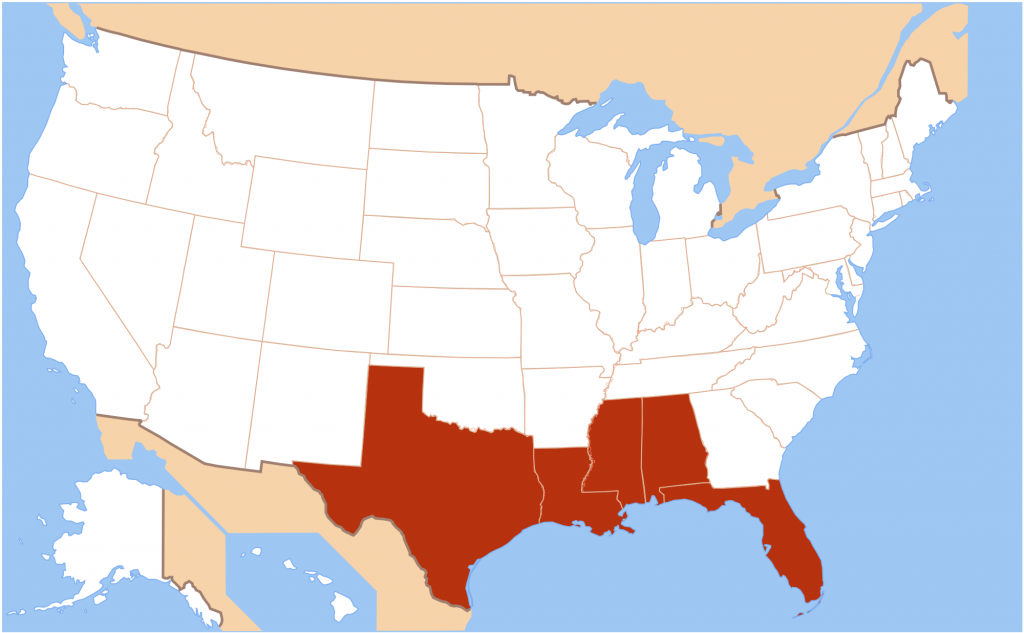 Who can pass up Louisiana and the Big Easy, the Mississippi Delta (the “King of Waters”) and amazing Alabama? The Gulf coast is rich in history – from the earliest Native American settlements to the coming of the Creole and Cajun. This region is a historian’s dream. Of course, there is no need to mention the culinary delights drawing from the teeming coast and the luxurious long-growing season of this area’s gardens and farms. It would be hard to find someone who hasn’t heard of The Blues or Jazz?

Why the Gulf Coast is great for birds 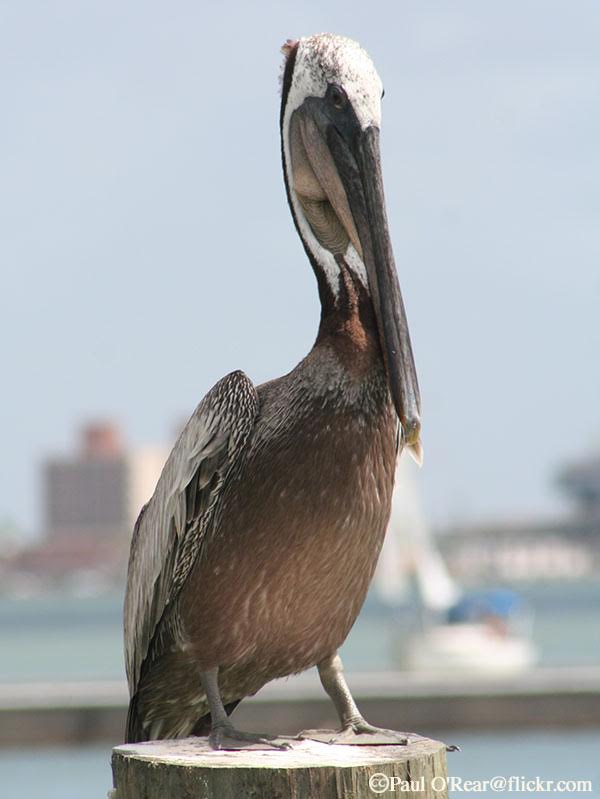 Those feathered flocks aren’t silly; they know a great locale when they see it. Migratory species wing their way to this expanse of ecological significance. This is where the Central Flyway and the Mississippi Flyway merge in a spectacular assembly of avian life known as the “river of birds.” The feathered gathering echoes the soul of this region as you steep in the cultural headwaters of Native American, Spanish, British, French and African influences. The Gulf Coast is a place to get lost in, and once you start taking in the bird life, you may never want to leave…

Residents of the Gulf should maintain a variety of feeding stations to take into consideration the diversity of birds winging through. These stations will serve the sedentary and migratory species. Set out traditional mixed seed and sunflower tubes and trays, nectar or hummingbird feeders and suet cages. Try adding field corn, fruit and nuts and a selection of landscaping plants that feed and house birds. Your local garden center will have a wide selection of plantings suited to maritime environments and the warmer “zones” of the coast. Before planning your trip, visit the American Birding Association’s page to peruse the birding trails in North America.

Explore the different regions of the Gulf Coast

The American Gulf Coast is too big to enjoy in just one trip, unless you have at least a few weeks. Choose one of these regions and get packing…

There’s plenty for a bird watcher to see along the Alabama trails. Such as… 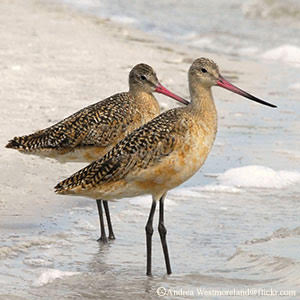 From barrier islands to bird preserves, Mississippi is a quiet wonder when it comes to birding stops along the Gulf of Mexico.

**Note on the Mississippi Flyway: This critical habitat was significantly affected by the Deepwater Horizon Oil Spill (2010). Visit the Mississippi Audubon Society’s website to learn more about the restorative mission launched by Audubon and the National Fish and Wildlife foundation. Read about the Restore Act and how it is enabling the revival of this ecosystem for the wildlife, flora and people affected by the 2010 oil spill.

As large as Texas is, there’s a birding adventure waiting for every type of traveler somewhere. Here are just a few of our favorites: